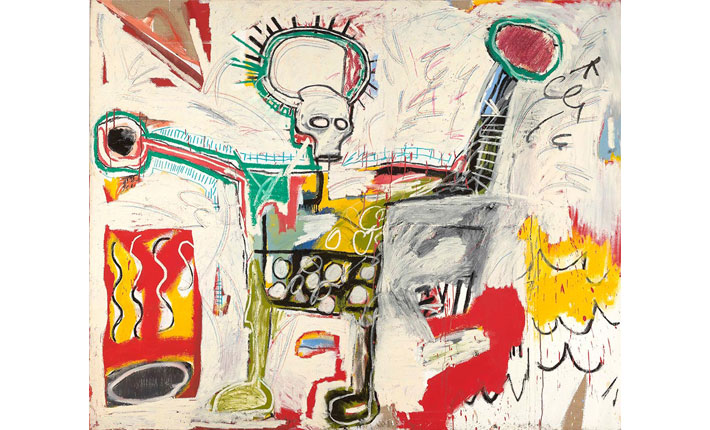 Boom for Real is the first large-scale exhibition in the UK of the work of American artist Jean-Michel Basquiat (1960—1988).

A pioneering prodigy of the downtown New York art scene, Basquiat came to the media’s attention in 1978 when he teamed up with his classmate Al Diaz to graffiti enigmatic statements across the city under the collective pseudonym SAMO©, before swiftly becoming one of the most celebrated artists of his generation.

Drawing from international museums and private collections, Basquiat: Boom for Real brings together an outstanding selection of more than 100 works, many never before seen in the UK, including a partial reconstruction of the first body of work that Basquiat exhibited, made for Diego Cortez’s watershed group show New York / New Wave at PS1 in 1981.

Basquiat, a famously self-taught artist, sampled from an extraordinary breadth of source material, from anatomical drawings to bebop jazz. This is the first exhibition to focus on the artist’s relationship to music, text, film and television, offering new research that will enable some of his most acclaimed paintings and drawings to be understood as never before.